About the Connecticut Colorectal Center

Dr. Aversa earned his medical degree from the Philadelphia School of Osteopathic Medicine in 2000. He received his general surgery training in New Haven at the Hospital of Saint Raphael. After graduating in 2006 he went on to pursue additional surgical specialty training. In 2007, he completed the first of two fellowships in the field of minimally invasive and advanced laparoscopic surgery. In 2008, he completed his second fellowship in the field of Colon and Rectal Surgery. He then returned to Connecticut and began his colon and rectal surgery practice in October of 2010.

During his fellowship training, Dr. Aversa performed research to develop animal models for the study of human colon cancer and to investigate immunologic and tumor response to the stress of surgery.

Dr. Aversa has special interest in the fields of colon and rectal cancer, the surgical treatment of inflammatory bowel diseases, robotic surgery, and the evaluation and treatment of pelvic floor disorders including fecal incontinence and constipation.

Dr. Aversa has been a member of the Clinical Faculty and Assistant Professor of Surgery at the Frank H. Nettler School of Medicine since 2015. He has joined as the Vice President of the Medical Staff at Griffin Hospital since 2016. In 2018 Dr. Aversa developed the Robotic Surgical Program and is the active Chief of Robotic Surgery at Griffin Hospital. 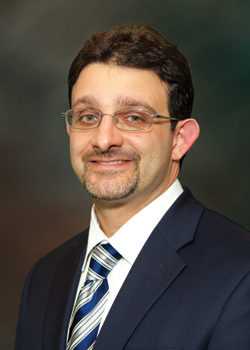 Dr. Lavy earned his medical degree, with honors, from Ross University in 2011. He completed his General Surgery residency at Robert Wood Johnson Barnabas Health/Monmouth Medical Center in New Jersey, followed by a fellowship in Colon and Rectal Surgery at Cleveland Clinic in Weston, Florida. He is well versed and trained in the fields of minimally invasive surgery including robotics and advanced laparoscopic surgery. When this technique can be used, patients are provided with the benefit of reducing the period of recovery and postoperative pain.

During his training he received several awards, including excellence in teaching and research. Dr. Lavy strives to make each patient feel as though they are his only patient, taking time to listen and explain, giving the patient and family the knowledge to help them understand and participate in making the best treatment choices. 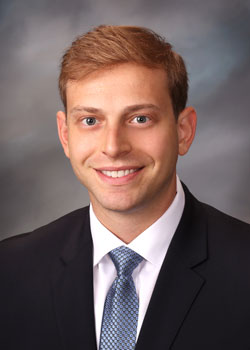 Our mission is to provide a safe, effective, patient-centered surgical solution through the use of proven technology and individualized surgical techniques in order to have our patients recover in minimal discomfort with rapid return to normal activity and with the best achievable short and long term results.

I would highly recommend Dr. Aversa as a physician; He is by far the most caring and skilled doctor that I have ever met. During my consultation appointment his warm and caring manner made me feel comfortable. His knowledge in colorectal surgery is outstanding. Dr. Aversa performed my surgery and did a perfect job not only with his surgical skills but also explaining everything in detail to me. He answered my never ending questions and at each appointment made me feel as if he had all the time in the world for me. After each visit I felt hopeful that I would get better because of his reassuring manner.